India is a massive country with very different, rich cultures across the states. Languages, cuisines, architecture, and culture all vary across different areas of India, making it seem almost like a continent full of smaller counties, rather than one big country. It is difficult to generalise these cultures when writing about happiness, but there are few things that we can generalize about when we are talking about Happiness in India.

This article contains: hide
1. “Log Kya Kehenge”
2. Engineer, Doctor, or Lawyer
3. Reputation vs. Happiness
4. “Dating” Does Not Exist
5. No Sex Before Marriage
6. The History of Arranged Marriages
7. Elder’s are Always Right
8. Overpopulation and Poverty
9. Gender Inequality
10. Religion and the Caste System
11. Last Few Words About Happiness in India

I’m sure every single Indian kid has heard the phrase “Log Kya Kehenge”, meaning “what will the people say”. Whether you grew up abroad, as the child of parents who have immigrated from India, or if you grew up in India, you have most likely been affected by this notion.

As such, there is a tremendous social pressure to conform to traditional social rules, specially those of the extended family, elders, and society as a whole. A failure to do so is seen as something shameful and highly discouraged. In other words, even when I was unhappy, didn’t want to do something, or wanted to lead my life abroad in my own individualistic way, this cultural route also forced me to consider the reputation of my family, and therefore to behave in line with Log Kya Kehenge.

Indian culture is extremely concerned about what society will think of them. Families want to uphold their honor, by following what society deems as the right path for them and their children. For example, many parents will wish for their child to follow a certain career, which is where all the relatable “engineer, doctor, lawyer” memes come from that Asian kids relate to so much. These careers are deemed respectable by society, and are stable, high-income careers, making them highly regarded. Parents will often push their desires on their children, many still going as far as choosing their careers for them.

This unavoidably causes extreme unhappiness for children, and is one of the leading causes of suicide in India. The extremely famous hit film “3 idiots” captured this detrimental culture so well that it broke records for the highest-grossing Bollywood film at the time.

Things may be changing slowly as Indians become more open to other careers and place less importance on the level of income and reputation. However, general Indian culture still focuses on “reputable” careers over which careers will make people truly happy by following their passion.

Again, there are some changes being made to this culture and many Indians choose to live separately with their partners after marriage. However, general society frowns upon moving out before marriage as you should be supporting your family and leaving the house to follow your own dreams and desires is considered selfish. Not valuing oneself and your own desires will cause extreme discomfort and unhappiness, making people unable to truly make other people happy if they are unhappy themselves. This results in a domino effect of unhappiness with repressed dreams and desires.

“Dating” Does Not Exist

I know several Indians who lie about their relationships to their families and parents because they are terrified of their judgement. Indians that have grown up abroad are advised not to date certain races, people of certain religions and are highly pressured into dating someone who is Indian. Many Indians hide their relationships from their parents because historically, the culture has always believed in arranged marriages.

This generation of parents just are not used to the idea of their child dating and “testing” multiple relationships and learning what works for them, in order to find the right person they wish to be with. Having multiple partners is seen as something extremely shameful, especially for women. Having to live this double life and the lack of freedom to express their true desires is another leading cause of suicide for Indians both in the west and in India.

No Sex Before Marriage

If word gets out within the family or society that a Indian person had sex before marriage, they will be labelled a whore immediately if they are a woman, and if they are a man, things would perhaps be more lenient. Nevertheless, they would be called out for “ruining” the family’s image and reputation. They would be blamed for their existence, disregarded as “filthy”, and looked down upon heavily by society and their families.

This sex-shaming culture obviously leads to repressed sexual energy, bad attitudes towards sex, and extreme unhappiness as again, there is a massive contradiction between a person’s true desires and doing what is best for the family reputation.

The History of Arranged Marriages

A partner is chosen by the parents for their children and although more Indians are choosing their own partners now, their own parents would have most likely have had an arranged marriage. Their own parents would have chosen their partners, they would have met once or twice, had a few short conversions, and have gotten married and then soon pressured into having children by society and their families. The partners are chosen based on the other family’s reputation, wealth, type of job the man did, how well the woman could cook, and other extremely superficial and ridiculous factors.

Of course, this culture is still extremely present today, with single Indians, especially women, being looked down upon if they are not married by a certain age.

In Indian families, we are taught before we can even crawl to respect our elders and that they always, without exception know what is best for you. They have more experience, are older, and therefore wiser. Therefore, they are best suited to choosing your major life decisions for you, such as career and relationship-related decisions.

This will lead to people being unhappy with their lives as decisions are made by elder family members who claim to know what is best for you, and these people will find it extremely difficult to figure out what is best for them in their own way. This leads to hugely unfulfilling lives, and therefore a lack of happiness.

India may be overpopulated and two thirds of the population may be in poverty, but some of the poorest people really know how to be happy in certain areas of their lives. These people value true relationships over materialistic objects. They are happy even with having very little because they are mindful of their surroundings and live in the present moment, while appreciating genuine relationships the most.

This is of course a double-edged sword, as many people in poverty are often living in crowded conditions in environments such as slums, with no access to clean drinking water, hygiene systems, and healthcare, and are affected by various diseases such as malaria.

Men are generally the providers and decision makers in Indian households. The father will generally be in charge of the family, and many families still operate in ways where the father will make the decisions for his children, wife, and family as a whole. Women’s opinions are still generally disregarded in favour of the men in charge.

Women are also still expected to know how to cook and clean and are looked down upon if they don’t know how to do this. Men are expected to have stable salaries and be able to provide financially for their wives and families. Once married, there is huge social pressure to have children. In many households, the expectation that women give up their careers in order to take care of their children is still huge.

It is taboo in India to enter a temple while women are on their periods. Families see it as a filthy thing, with many villages in India still having women sleep outside of the house while they are on their periods. These women also generally do not have access to proper sanitary products, and tend to use pieces of cloth in place of sanitary pads. It is also seen as an incredibly shameful thing to have that piece of cloth be visible at any point, such as when it is drying after washing it.

Religion and the Caste System

Religion is a huge deal in India. Families will pass down their religious views onto their children and expect them to follow in the same way. There is little freedom to decide your own views and question the rules of religion. It is also likely that people will keep their distance from people who switch their religion from what has been passed down within the family. Atheism is also heavily looked down upon and anyone who chooses to disregard their family’s religion and become atheist will be scorned upon.

If you are Hindu, then being interested in or marrying a Muslim would generally be considered incredibly taboo and would be met with extreme disapproval from family members. The caste system is also still in place and many families frown upon people who may attempt to marry or mingle with people from “lower” castes. These things lead to a lack of freedom, expression and a state where people are mentally boxed in, and therefore unhappiness.

Overall, India is a beautiful and wast country, with arguably the best cuisine in the world, amazing architecture and an incredibly rich and beautiful culture which is in fact led by the many things which may make its people unhappy, such as the importance of religion. Although this article focuses on things specific to India which make it unhappy, it is also worth noting that it is certainly a beautiful country, which has so much to offer. Local visitors may be astonished as well as repulsed by some of the local Indian practices, but it is definitely a place to visit at least once in a lifetime. 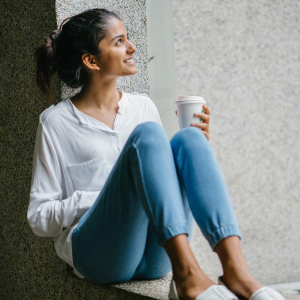 Ishita Arya is a freelance writer, traveler and a photographer. She was born in India and has lived most of her life in traveling the Asia. She spends more of her time in cooking, travel, and is interested in DIY's. She has 2 dogs named Jasmine and Lucy. Her character is fearless, but in real life, Ishita is afraid of bees and in the dark. We thank Ishita for agreeing to share her story in a guest blog post about Happiness in India.

Finally, after 6 years of writing, my first book is out: Optimal Happiness: The Fastest Way To Reach Your Happiest Potential. This book puts together all the best knowledge of this website, revealing the ultimate formula for happiness. This happiness transcends traditional and positive psychology, as it addresses the question of happiness maximization and optimization, which went so far disregarded by current scientific literature. Be one of the first to get your copy and become happy today, 100% money back guaranteed!

Conflict Resolution: How to Avoid or Resolve Disagreements

Your Financial Happiness Fully Depends on You

What I Do For My Physical Happiness

No More Excuses For Unhappiness and Negative Emotions

History of Happiness: Lessons From The Past You Can Apply Today

Benefits Of Crying & Other Ways Of Dealing With Emotional Distress